Artikuli ili Deli prave stare krstianske vere, a Croatian translation, in the Glagolitic alphabet, of Philipp Melanchthon’s Augsburg Confession (Confessio Augustana) by Anton Dalmatin and Stipan Konzul, who significantly relied on the Slovenian translation of the same work by Primož Trubar, was printed in 1562 in Urach, Germany. The author, Philipp Melanchthon, was a notable German Lutheran reformer, professor at the University of Wittenberg and a close friend of Martin Luther. The book has 124 leaves in the octavo format, containing altogether 248 pages, and contains several woodcuts. Due to its cultural and philological importance, Artikuli is included among the greatest printing accomplishments of the time, published in an impressive print run of 1,000 copies.

Altogether twenty copies have been preserved in the world – one of two copies preserved at the Manuscripts and Old Books Collection of the National and University Library in Zagreb, under the shelfmarks RIIA-8°-11 a and RIIA-8°-11 b, has been part of the Library’s holdings since the turn of the 20th century, while the other was purchased from antiquarian Otto Harassowitz in 2007. 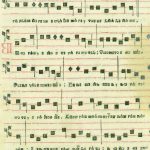 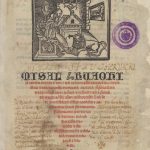