Prague – Vrančić at the Court of Rudolf II

After two years of service in Veszprém, Faust Vrančić becomes a secretary of Rudolf II and moves to the Imperial court in Prague, where he will perform various diplomatic and state affairs for a number of years in the service of the emperor. The new environment gave Vrančić an opportunity to enhance his technical knowledge. 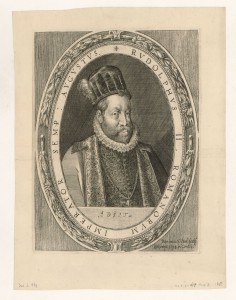