THE EUROPEAN HORIZONS OF GLAGOLITIC LITERACY

The Glagolitic script has been woven into Croatian cultural history from the very beginning of movable type printing in Europe until today. Stored in collections and libraries in Croatia and worldwide, Glagolitic codices and printed books present a true scattered heritage. Along with prominent heritage institutions in the Republic of Croatia, the National and University Library has always been the place of heritage gathering. The time of strong development of digital technology is favorable to the efforts invested in gathering library materials in one place – in the form of a central portal devoted to Croatian Glagolitic script.

As an integral component of the triliterate and trilingual culture of the Croatian people, the Glagolitic script was witnessed as early as in the second half of the 11th century. It was engraved in stone monuments, among which the most important is The Baška Tablet. Glagolitic letters were written by hand on parchment and paper codices. Finally, they were also present in the consciousness of the Europeans who lived between the middle ages and modern period and in the dawn of the European civilization circle, which begins with the emergence of movable type printing technique. The “Black Mastership”, which in Europe expanded with the revolutionary invention of Johannes Gutenberg from Mainz, contributed to producing a book faster and at a lower cost, yet the printed book was not always and everywhere benevolently accepted.

The work of Glagolitic printing houses lasted for four centuries, a large number of books being printed in Croatian during such a long period. For centuries, the Glagolitic books intended for liturgical use (mainly missals, breviaries), for teaching and spreading the Church teachings (primers and catechisms), for spreading the Good News in a language that was not Latin, and for praying (Bible passages, Croatian translation of the New Testament and prayer books) presented living places of the Croatian language with its many expressive possibilities. It was the language of liturgical books, but also the language of belle lettres, which combined the elements of the Old Church Slavic and Croatian language systems. Almost three decades after the 42-line Gutenberg Bible, the first book in the Croatian Church Slavic language and the Glagolitic script was printed. It was Missale Romanum Glagolitice (Missal under the Law of the Roman Court), named after its initial words, and completed on February 22, 1483, exactly on the day when the Catholic Church celebrates the Feast of the Chair of St. Peter. It was the first, but also one in a series of other missals, also “under the law of the Roman court”, printed in the 15th and 16th century. The then centers of Glagolitic printing were European and Croatian cities (Venice, Florence, Urach, Senj and Rijeka). An attempt to make Trsat the center of Glagolitic printing in the 17th century ended with a failure, after which Glagolitic books will be printed in Rome for the entire two centuries. The short-term activity of Glagolitic printing house on the island of Krk marked the transition from the 19th to 20th century.

Several centuries long Glagolitic literacy covers the entire Croatian area, although the coastal part of Croatia has a slight advantage when looking for and exploring the focal point of the Glagolitic script with which this area has lived. The social needs of communities that lived in the historical territory of Croatian countries were regulated in some of the oldest documents of Croatian legal history, written in Glagolitic and coming from the coastal part of Croatia (Law Codex of Vinodol, The Vrbnik Statute, The Istrian Demarcation). Written word in times of turbulent and sometimes tragic Croatian history was a powerful weapon in the hands of a few literate individuals who in their writings not only preserved the language of their ancestors, but for centuries defended Christianity. When Pop Martinac, by the end of the 15th century, immediately after the Battle of Krbava, wrote that the Turks started to attack the Croatian language on the pages of the Glagolitic codex, he recorded not only the present event but also farsightedly predicted the danger falling upon the Christian world of Europe which will significantly mark the European history in the following centuries. The example of Pop Martinac was not the only because the copyist and scribes wrote their concise, often very dramatic passages on the margins of the Glagolitic codices, bearing in mind the time and the society in which they lived. Without these passages written on the margins, the review of the Glagolitic literacy would not be complete, as it would not be complete without many documents necessary for everyday life. Legal documents, sales contracts, bills, records of financial activities – using modern vocabulary – transactions – are just some of Glagolitic documents that, along with liturgical books and belles lettres, enter the historical review of Glagolitic literacy in Croatian and European cultural space. Often, parchment with Glagolitic records served a practical purpose. Lacking the material, the individuals used parchment to wrap a manuscript or a book block from their private collections.

Glagolitic was used for writing on parchment and on paper; Glagolitic letters were cut and molded to fill the printing books through the long Croatian history, the books available only to a few people who could read and write. A script in which the first nine letters constitute a meaningful syntagm about a Christian who knows the letters and who says how good it is to live honorably on the Earth captures our attention not only by its persistence, but also by the harmonious architectural form of its letters and ligatures. The script was preserved as it vigorously lived and lasted for many centuries. Often in spite of the non-heroic time. It was the script not only of learned and literate layers of society, but also of anonymous individuals who wrote and recorded their daily worries on every piece of parchment or paper that was at hand. Without even knowing it, they wrote the history, and the hidden history that was waiting to be discovered, to be written and kept for the generations to come. 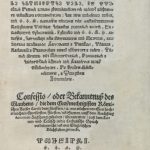