Missal by the Law of the Roman Court (Misal po zakonu rimskoga dvora) is the first Croatian book printed in the Croatian language, only 28 years after the completion of the Gutenberg 42-line Bible. It is also the first missal in Europe not printed in the Latin alphabet and the oldest book printed in Glagolitic. The missal’s appearance bears evidence of rather advanced social, economic, cultural and intellectual conditions characterising the life of Croats in the second half of the 15th century.

The 1483 missal was first mentioned by the Archbishop of Zadar Matej Karaman (1700-1771), then by a Slovene philologist Jernej Kopitar and Mihail Bobrowski, a Belarus Slavist and Orientalist, who, while writing about this Croatian incunabulum in 1820, humorously noted that “this first edition is rarer than a white raven”. A year later, in his letter from Paris to Jernej Kopitar, dated 20 October 1821, Bobrowski points out that Misal is the first book in the Slavic world printed with movable type. The 1483 missal is the first Croatian printed book, i.e. the editio princeps, and one of six Croatian Glagolitic incunabula, i.e. books printed between 1455, which is considered the year of the invention of the printing press, and 1500.

There are currently only 11 incomplete copies of Misal, six of which are located in Croatia, and five abroad. Two copies are preserved at the Ksaver Monastery of Third Order Franciscans in Zagreb, one is part of the collection of the Library of the Croatian Academy of Sciences and Arts, one is kept in the Library of the Dominican Monastery in Bol, on the island of Brač, and two are held as part of the Manuscripts and Old Books Collection at the National and University Library in Zagreb, under the shelfmarks RI-4°-62 a and RI-4°-62 b.

In 1971, the two copies preserved at the National and University Library in Zagreb and pages 241 and 243 to 248 from the copy a held by the Vatican Library were used for printing the missal’s complete facsimile edition, published by Liber (Zagreb). The facsimile is accompanied by treatises on the missal by the leading Croatian scholars in this field. 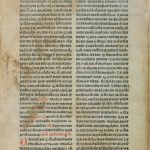 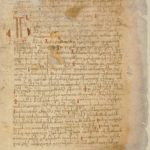